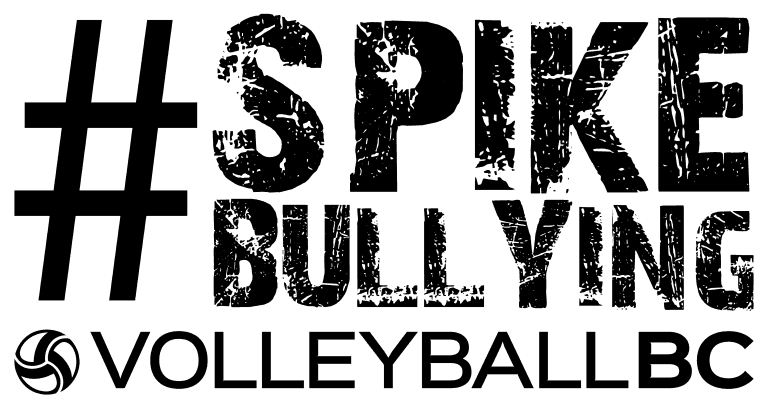 Last year, viaSport conducted a survey on bullying among its provincial sport organizations—and the results were startling:

Because of these issues in sport, Volleyball BC and Canuck Volleyball have teamed up to bring attention to bullying in sports by running our second annual Spike Bullying campaign this February.

During tournaments from Feb. 22 – Mar. 1, Volleyball BC referees and staff will wear pink Spike Bullying t-shirts at tournaments to spread awareness about bullying in sport. Teams playing in our tournaments are encouraged to take a stand against bullying by wearing pink and posting about #SpikeBullying on social media.

How you can Spike Bullying

Since showing support and respect for others is the easiest way to stand up to bullying, Volleyball BC will be running a contest on Instagram and Twitter throughout February. To enter, teams and players can post a photo or video that includes completing one of these simple sentences:

The grand prize is $300 that your volleyball club team can put towards a team-building activity.

The contest will run Feb. 22 – Mar. 1, with the winner being announced on Mar. 2. The winning post will be determined by Volleyball BC and will be judged on originality, messaging, team participation and impact.

In 2020, our Spike Bullying Campaign will take place at 11 events across four cities and reach more than 4,000 young athletes:

Wear pink, buy a t-shirt, or make a donation to Pink Shirt Day

Volleyball BC also supports the work being done by Pink Shirt Day which spreads awareness of bullying issues and raises funds to support programs that foster self-esteem in youth. We encourage teams and players to support Pink Shirt Day by making a donation or purchasing a pink shirt for $10 each (discounts available on orders of 10 or more). These shirts can be worn during warm-ups and at tournaments.

Other ways that teams, players and coaches can support anti-bullying are:

If you have any questions regarding our 2020 Spike Bullying campaign, or would like to discuss partnering with us on the campaign in some way, please reach out to [email protected]